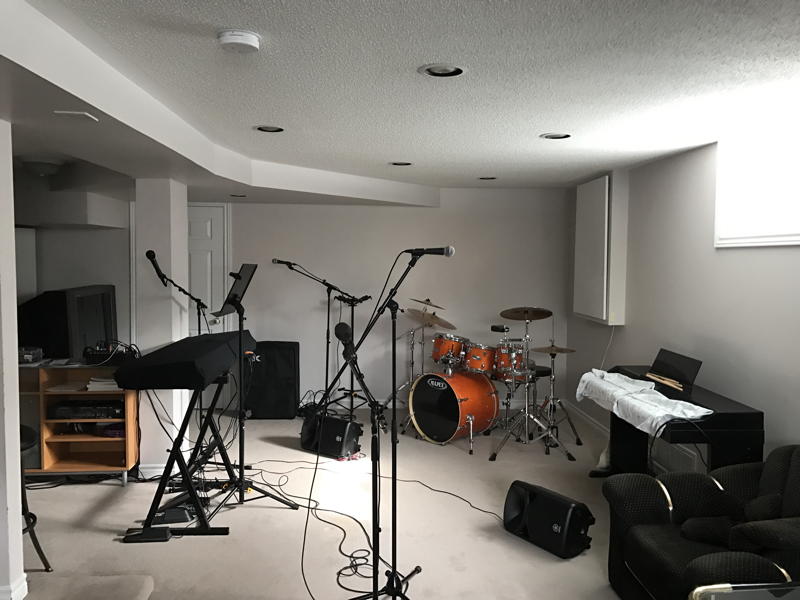 As of Wednesday, March 8th, we’ve changed our band practice location–we’re no longer at Marc’s place. The main reason for the move was that Jane & Marc are moving to a condo, so we were going to have to move in the next month or two anyway.

Changing the practice location is not trivial. We have a set of drums that stay in our practice studio. Marc was able to bring all of the drums in his vehicle, which saved us some extra work. Also, Scott has two practice amps and has left the larger one at the practice studio with the smaller one sufficient for home practice. He also has a guitar stand, mic stands, microphones, and mic cables that can now stay in the practice studio.

The next step is to set up the new practice studio for recording. It’s important to record the practices so that we can listen to them afterwards. It’s amazing what you can hear then that you don’t hear while you’re practicing. Also, we’d like to post some recordings of the new lineup of the band, so being able to record is important.

Between Joe and Scott, we have enough equipment to do multi-track recording of the band. We should be able to capture twenty-four independent channels, which gives us enough channels to record the drums separately along with vocals, keyboards, guitars (more than one when Rick returns), and bass. We should also have separate monitor mixes so that we can hear ourselves better when singing. That’s cheaper for us than setting up separate monitor speakers for each person.

All in all, we’re pretty excited about the new practice studio.